Lewis Hamilton has been handed a five-second time penalty for causing a collision with Alexander Albon late in the Brazilian Grand Prix.

The decision moves Carlos Sainz up to third, dropping the 2019 champion down to 7th.

It’s the first time the Spaniard has finished in the top three, however it’s understood he is also under investigation by the stewards for using his DRS under waved yellows, which could further alter the result.

The review by the stewards found Hamilton to be predominantly at fault, something the Mercedes driver admitted in post-race interviews. 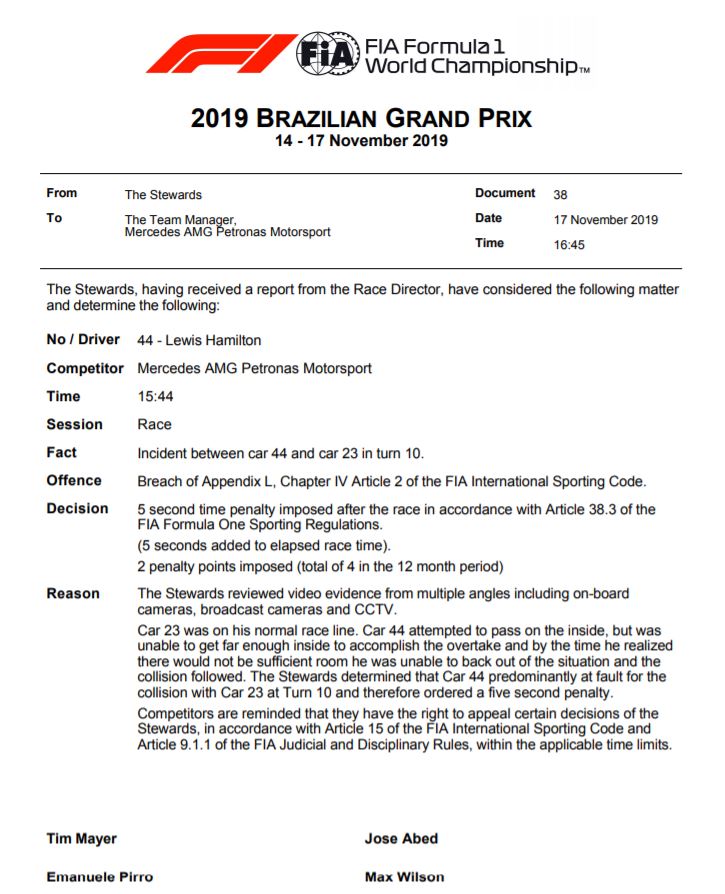 The collision dropped Albon from second to 14th, denying the Thai rookie his first podium in F1.

The stewards are also investigating the collision between Charles Leclerc and Sebastian Vettel, which took both Ferrari drivers out of the race.

Valtteri Bottas will be starting the 70th anniversary Grand Prix from pole position after edging out teammate Lewis Hamilton by 0.06s at Silverstone. Hamilton initially looked to have the better of his teammate in qualifying, […]

Lewis Hamilton has won the German Grand Prix after starting 14th at the Hockenheimring, finishing ahead of Valtteri Bottas and Kimi Raikkonen. Sebastian Vettel led for much of the race after starting on pole position […]

Max Verstappen increased his lead at the top of the drivers’ championship after charging through the field to win the Belgian Grand Prix, despite an engine penalty meaning he started from 14th. His Red Bull […]