Lance Stroll’s confirmation at Force India means we now know what the entire 2019 grid will look like.

The FIA has now formally published the entry list, revealing which numbers the new drivers will be using, and what the official name of each team will be in 2019.

So let’s have a reminder of what each team’s lineup will be next year:

Mercedes were the first team to announce their 2019 drivers, revealing at the German Grand Prix back in July that Lewis Hamilton and Valtteri Bottas have both signed new contracts with the team. It means the Silver Arrows are sticking with the same pairing for a third straight year. Bottas will have work to do in 2019 though as the Finn only has a one-year deal, and his form in the second half of this year has led to question marks over his spot in the team, particularly as Mercedes have been unable to keep Esteban Ocon in F1 next year.

Sebastian Vettel has a new teammate for 2019 as Charles Leclerc replaces Kimi Raikkonen after impressing on his debut season with Sauber, with the Finn heading in the opposite direction. Raikkonen had a good season, securing his first win in over five years and finishing third in the drivers’ championship, but Ferrari are looking towards the future by promoting the Monegasque driver. 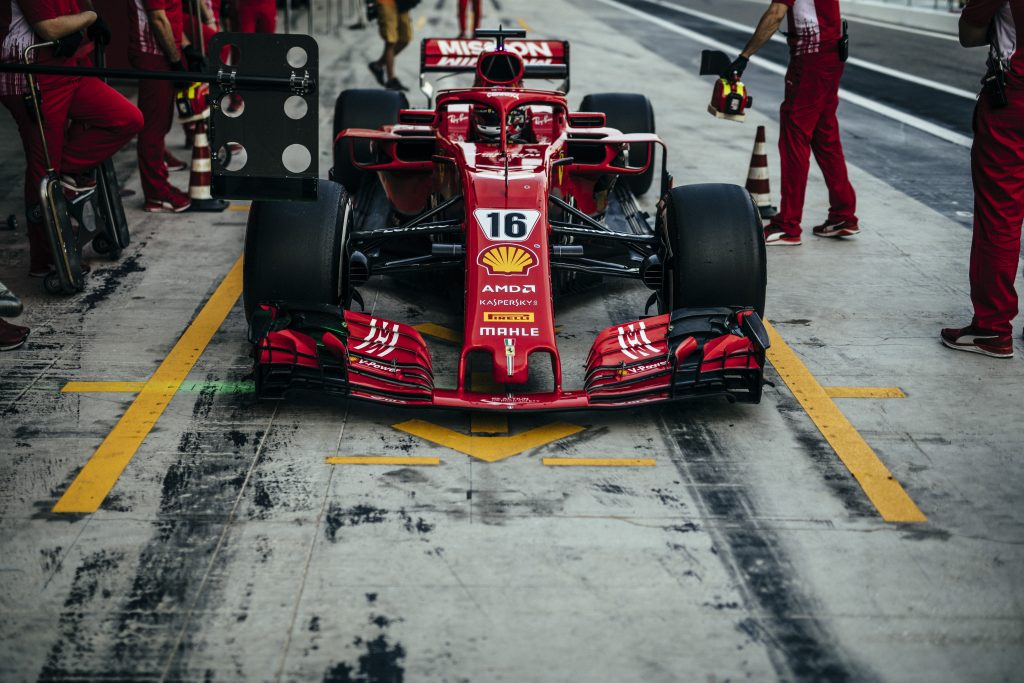 Daniel Ricciardo’s mid-season announcement that he’d be leaving Red Bull caused chaos in the driver market. To replace the Australian, Red Bull have brought in Pierre Gasly after a promising first full campaign with Toro Rosso, which included an impressive fourth at the Bahrain Grand Prix. Gasly also comes with a year of experience working with Honda, something which will prove useful as Red Bull switch to the Japanese manufacturer’s power unit from next season.

Renault are targeting podium finishes in 2019, and to help them break into the top three the team has brought in seven-time race winner Daniel Ricciardo from Red Bull. Nico Hulkenberg was the top driver from outside the three teams at the front of the grid, giving Renault a real chance to join the frontrunners, particularly if Red Bull struggle to get to grips with the Honda engine.

It’s the same lineup but a new name for Haas, as British energy drink brand Rich Energy agreed a deal for the naming and livery rights at Haas, which means the cars will also be looking a bit different next year. Romain Grosjean appeared to be under pressure to keep his seat at the team in the first half of the season as he was one of the last drivers to get a point on the board this season, but strong showings in Austria, Germany and Belgium helped turn the Frenchman’s season around, meaning Haas has an unchanged lineup for the third year.

It’s all change at McLaren in 2019. Fernando Alonso is stepping away from F1, and Stoffel Vandoorne moves to Formula E after failing to impress on his two years with the team. Carlos Sainz comes in with plenty of experience from his time with Toro Rosso and Renault, while Lando Norris will make his F1 debut after an impressive season in F2, which saw him finish second behind George Russell. Norris will use #4 – the number previously used by Max Chilton. While Sainz is new to the team, but has plenty of experience using the Renault F1 engine, Norris has tested with the team for the last two years, so it will be intriguing to see who comes out on top between these two teammates. 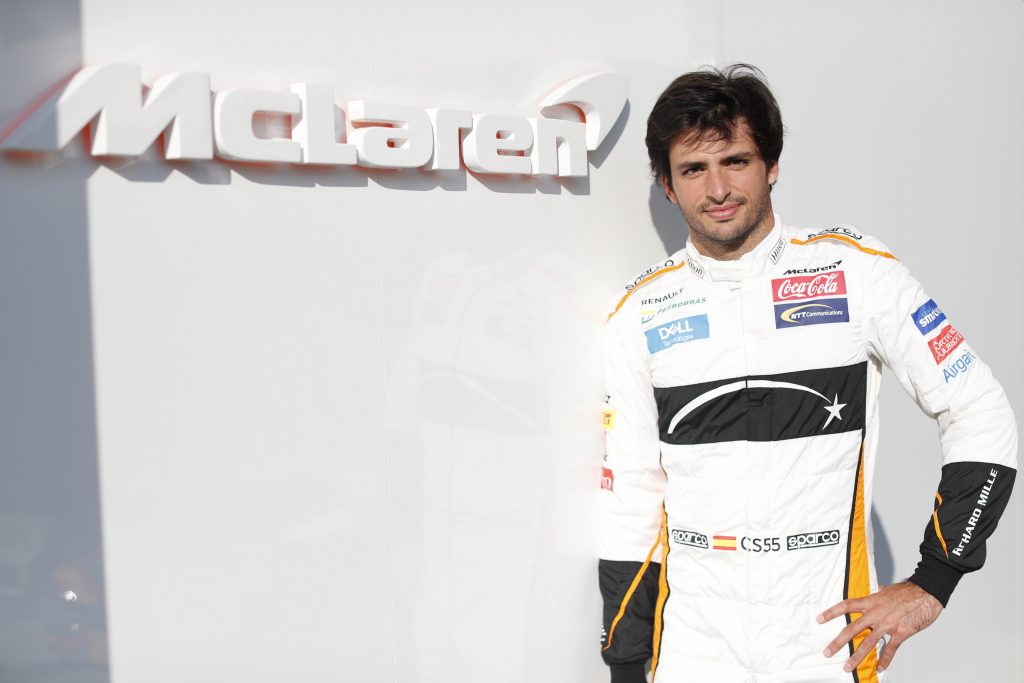 It would appear we’ve seen the Force India name in Formula 1 for the final time as the Lawrence Stroll owned team has been entered under the name “Racing Point F1 Team” for 2018. Having been the only driver from outside the top three teams to stand on the podium in 2018, Sergio Perez keeps his spot at the team for what will be his sixth campaign with the outfit. Although he was the last driver to be confirmed on the 2019 grid, no one was surprised to see Lance Stroll arrive at the team this week, as his dad led the takeover of the team during the summer break.

The most experienced driver on the 2019 grid will have a rookie teammate. Antonio Giovinazzi isn’t a complete novice though, as he filled in for Pascal Wehrlein at Sauber for two races in 2017. Raikkonen claimed he sorted out his move to Sauber in less than a week after finding out Charles Leclerc would be replacing him at Ferrari. Giovinazzi’s arrival sees Marcus Ericsson leaving F1, although he still has a testing role with the team. Like Leclerc, Giovinazzi is a product of the Ferrari driver academy. He hasn’t raced full time in a series since competing in GP2 in 2016 though. He’ll be using #99 as previously used by Adrian Sutil.

The team of second chances – Daniil Kvyat and Alexander Albon both rejoin the Red Bull family for a new-look Toro Rosso lineup in 2019. It will be Kvyat’s third stint with the team, and comes just over a year after he was unceremoniously fired from the team following one-too-many mistakes. He’s been working as a test driver for Ferrari throughout 2018, earning himself another opportunity in F1. Dr Helmut Marko reportedly didn’t think Alexander Albon was good enough at overtaking to remain in the Red Bull programme two year’s ago after he finished as runner-up to Charles Leclerc in GP3, but two strong years in F2, including being in contention to win the title at the final round of the season this year, have put him back on the Red Bull radar and earned him his F1 debut. As his arrival at the team was only confirmed earlier this week, he hasn’t had chance to pick a number yet, so is listed as TBA at the moment. Albon’s confirmation also means Brendon Hartley won’t be continuing in F1 after an underwhelming year with Toro Rosso. 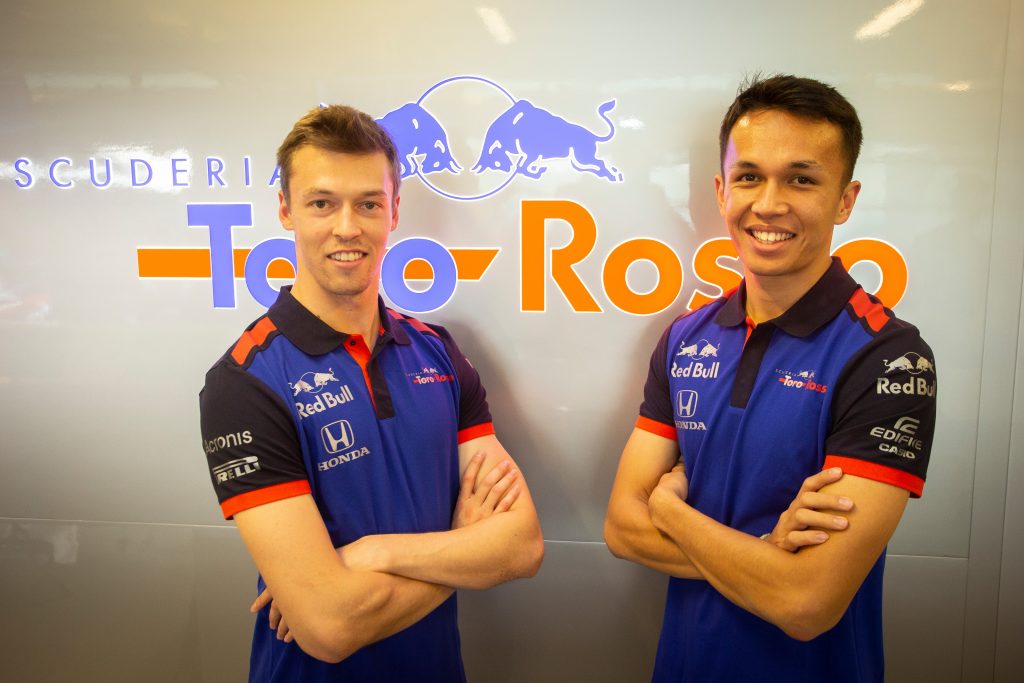 The fourth team with an all-new lineup for next season, Williams have hired the F2 champion and the 2008 Canadian Grand Prix winner as they look to bounce back from a disastrous campaign in 2018. George Russell remains part of the Mercedes family, but will drive for Williams after impressing on his debut season in F1’s feeder series. As well as taking the F2 title, he’s been testing with Mercedes this year, setting the fastest time at the mid-season test in Hungary. Robert Kubica returns to F1 after an eight-season absence. During that time he suffered a horrific crash while rallying which almost cost him his right arm and has had to work hard to prove he’s still capable of driving an F1 car. After a year as reserve and test driver with Williams, he appears to have done enough to convince them he’s ready to be back in F1. It’s certainly one of the more intriguing driver lineups on the grid. Kubica last raced before a driver had a permanent racing number, so he’s picked #88 for his return, which was previously claimed by Rio Haryanto. Russell is the only one of the newcomers so far to bring in a new number, opting to use #63.

Amazing way to end an awesome season!! A really positive test with a lot to look forward to 💪

But for now, it's time to pack the bags and head home. Abu Dhabi, its been a pleasure 👋#AbuDhabiTest 🇦🇪 @WilliamsRacing pic.twitter.com/SFhClnxkZp

Formula 1’s annual silly season is in full swing! As the teams take a break between the Hungarian Grand Prix and Belgian Grand Prix, speculation about next year’s driver lineup is building. With Daniel Ricciardo’s […]

Could Vettel still win the title?

At the time of writing, the Malaysian GP has finished. Max Verstappen has won the race – only his second victory, and Lewis Hamilton has extended his championship lead to 34 points, with 5 races […]

Just two weeks today, the first race of the 2019 Formula 1 season will already be finished! This week, the teams were back on track at the Circuit de Catalunya in Barcelona preparing for new […]