Day one of the first pre-season test is over! We’ve seen the 2020 cars on the track for the first time, just weeks before the season begins properly in Melbourne for the Australian Grand Prix.

There aren’t too many changes to the regulations for this season, leading to the suggestion that some teams may use evolutions of last year’s challengers, rather than coming up with a completely new concept, particularly ahead of the big changes coming up in 2021.

The reigning constructors’ champions launched their car last week, with a car that doesn’t look that different to last year’s. Aside from the addition of Ineos as a sponsor, there’s very little change from the livery on the W10 to the W11.

Lewis Hamilton and Valtteri Bottas both took the 2020 car for a spin at Circuit de Catalunya today, with the pair setting the fastest two lap times of the day. It wouldn’t be a surprise to see big changes to this car for next week’s test, as this version looks on the surface to be very similar to the spec Hamilton used to win the Abu Dhabi Grand Prix at the end of  last season.

There’ve been whispers of a drastically different Ferrari for 2020, and it looks like there may be some truth to that, as the Italian manufacturer’s initial design has a few noticeable changes compared to this time last year. 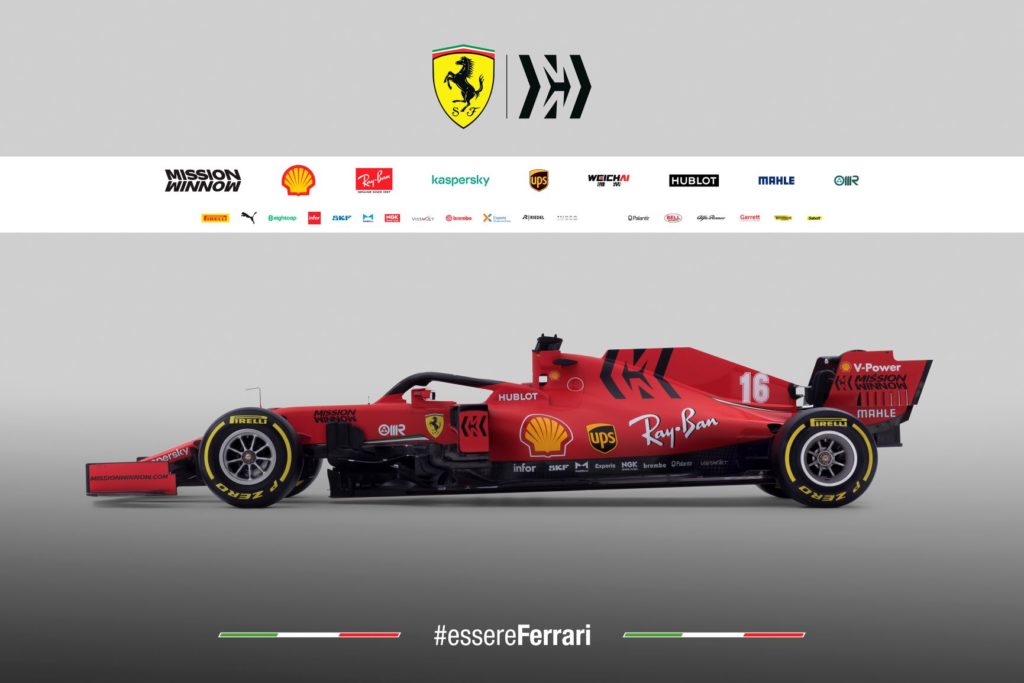 The Prancing Horse may have recycled their launch graphics (see below for 2019), but it looks like the team has developed a very different rear end, with the rear wing, air intake and bargeboards all looking new. Apparently it’s a slightly different shade of red this year too! 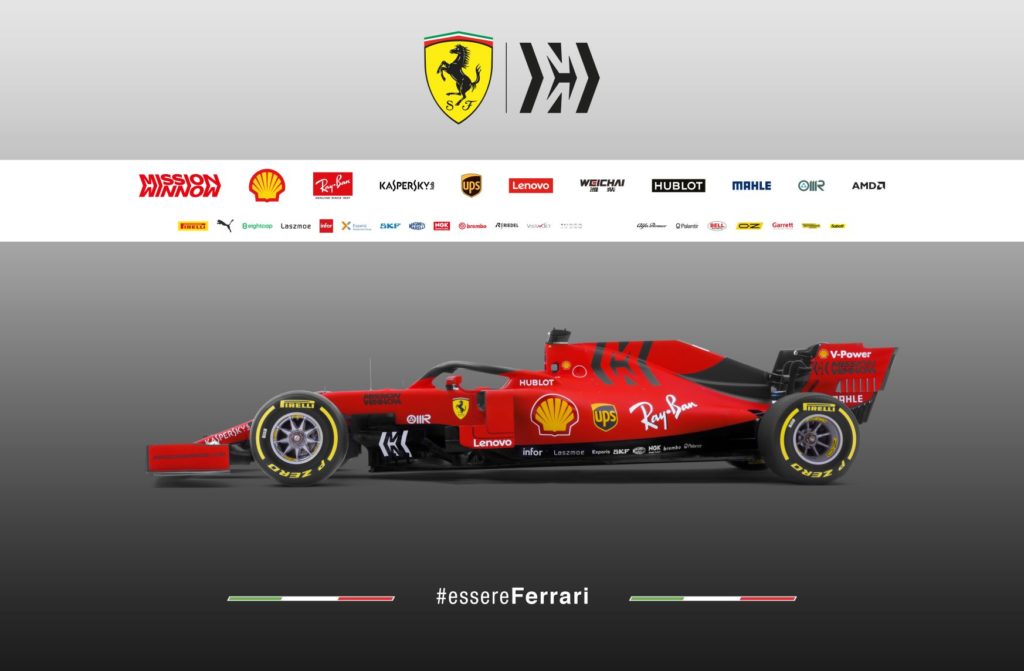 Charles Leclerc gave the 2020 car its first outing, and appears to be taking things rather easy, having finished 11th out of the 15 drivers on track today. Ferrari won’t be too worried about performance at this point thought, having been by far the strongest in pre-season testing last year, only to struggle for much of the first half of the season.

Red Bull were actually one of the few teams to have a physical car launch this year, rather than just posting renders on the team website as many of their rivals did. That means we’d already seen shots of the RB16 on track prior to testing, as Max Verstappen and Alexander Albon did some filming at Silverstone last week. 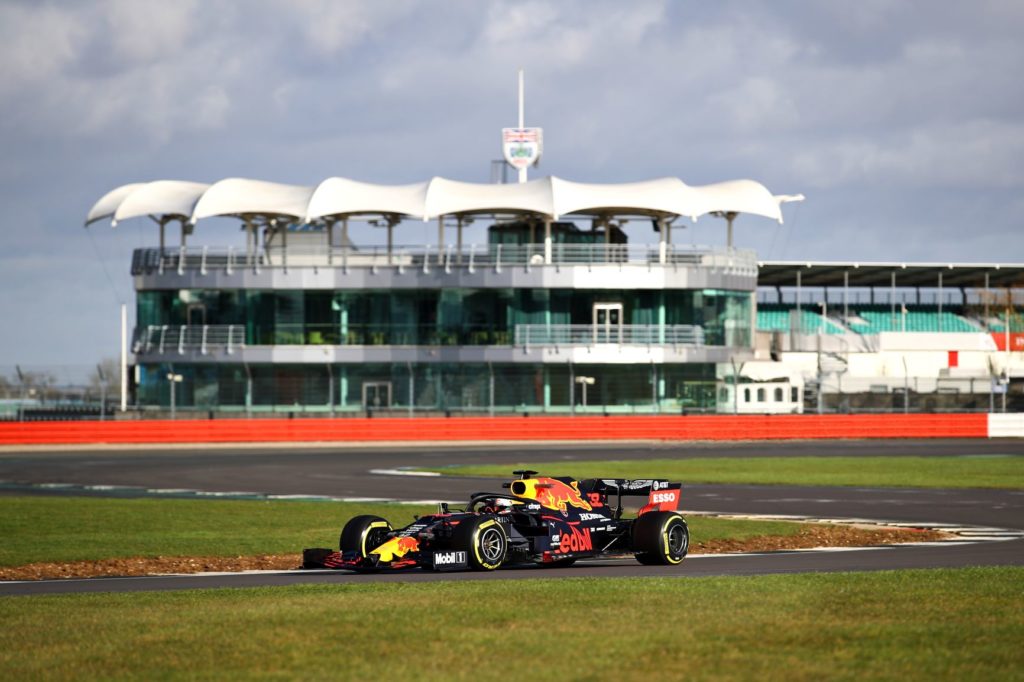 In recent years, Red Bull have had the habit of launching their car in eye-catching one-off liveries, but this year they made a point of carrying over the same livery from 2019. However, looking at the two side-by-side (2020 on the left, 2019 on the right), there are more than a couple of differences. The nose looks shorter, the shape of the side pods and barge boards is different, and even the halo appears to be a new shape, with a ridge of the front of the head protection device.

Max Verstappen was in the car in Barcelona today, and did more laps than any other driver with 168. His fastest time put him just behind the Mercedes cars and Sergio Perez.

McLaren have tweaked their papaya and blue livery for 2020. It’s the same colours as last year, but a freshened up design gives the team a new look for this year. 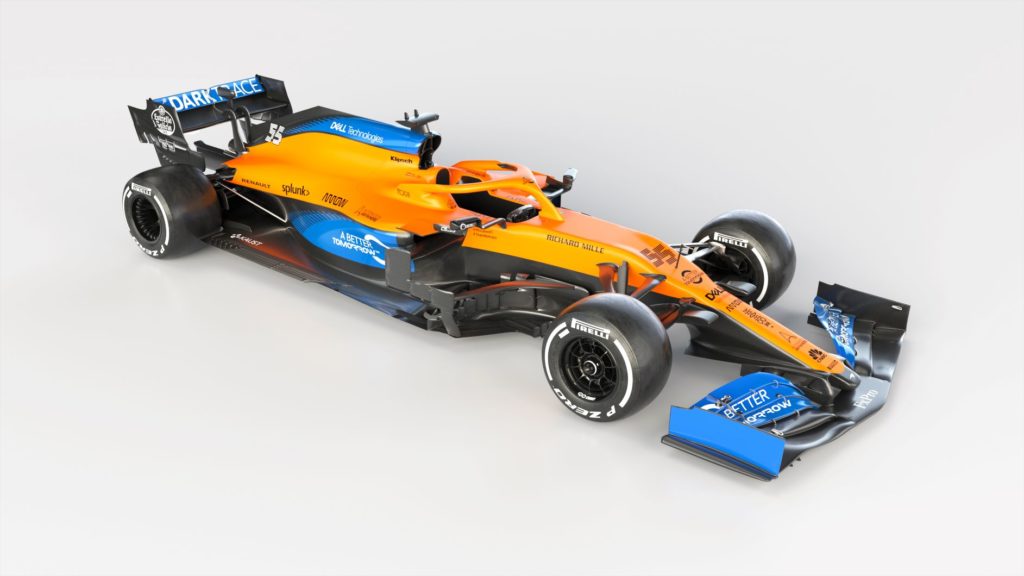 Like Red Bull, McLaren have already done a filming day with the MCL35, and Carlos Sainz put in a big shift on day one of pre-season testing, with 161 laps completed today.

Adding some more laps to the board. 👊 #MCL35 #F1Testing pic.twitter.com/wv5EQgDuoQ

It was a mysterious launch for Renault, who announced plans to launch their car last week, but didn’t release full images of their 2020 car in advance. 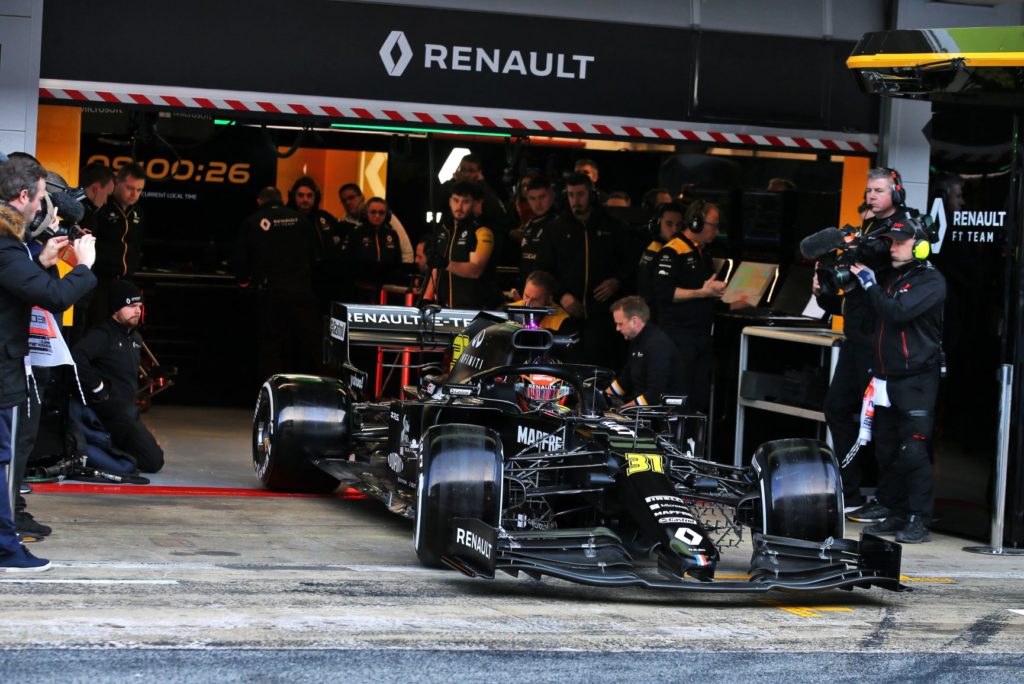 As well as a new colour scheme, preferring black over last year’s yellow, the team has a big change in the cockpit this season, with Esteban Ocon taking over from Nico Hulkenberg as Daniel Ricciardo’s teammate. Both drivers had some track time today, each completing more than 50 laps. 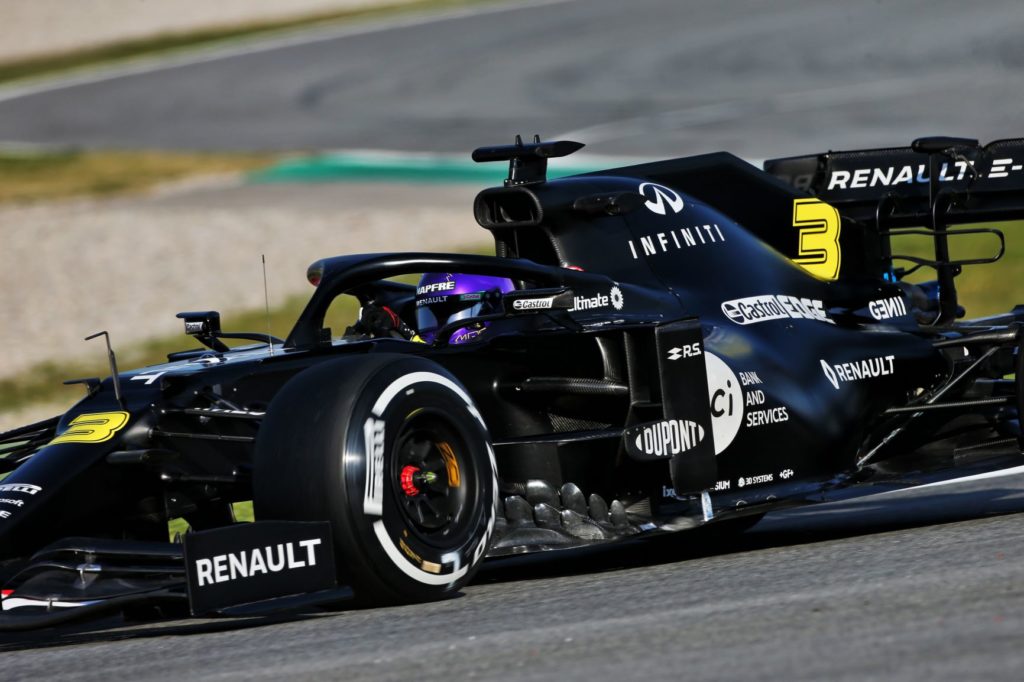 Perhaps the most eye-catching and one of the more talked about launches was that of AlphaTauri. The former Toro Rosso, now named after the fashion label owned by Red Bull, had a car reveal and fashion show at an aircraft hangar in Austria, showing off what’s been a fairly well-received new look for the team. 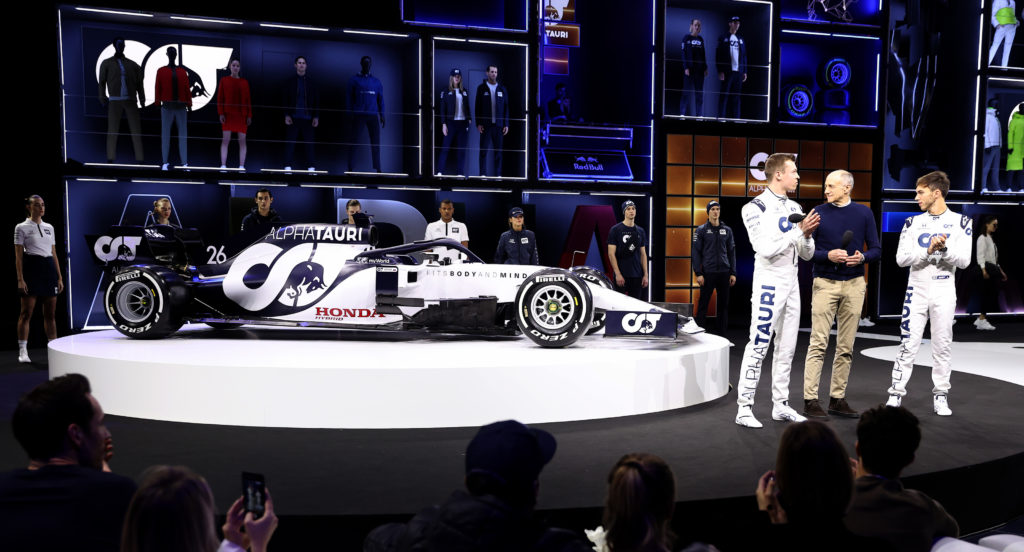 Daniil Kvyat was the first driver behind the wheel of the AT01, and finished the day fifth, just over 0.1s behind the pace of Verstappen in the Red Bull. 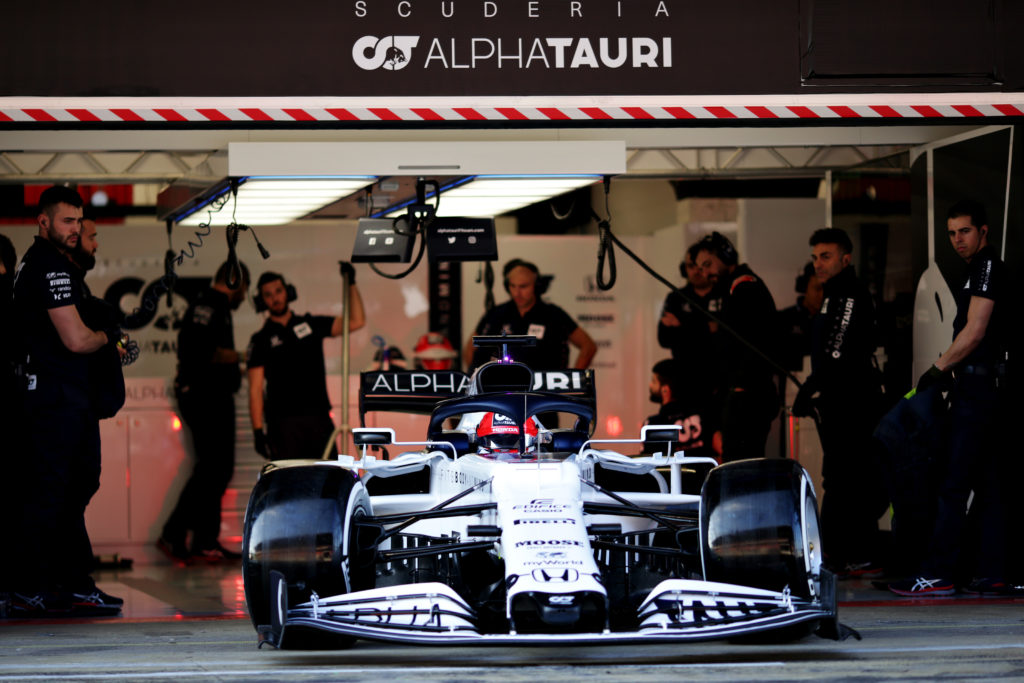 AlphaTauri could be a tricky team to watch this year though, as Kvyat and Pierre Gasly have both gone with their national colours on their helmets. With the Russian and French flags sharing the same colour scheme, there’s little difference between the two designs!

BWT replaces SportPesa as the title sponsor at Racing Point, but otherwise it’s a similar pink finish for the Lawrence Stroll-backed team in 2020.

We'll leave you with THIS beauty 😍📸 pic.twitter.com/wVh0Gdhx7i

Yes it’s early days, but if day one is anything to go by, it’s also a pretty quick car. Sergio Perez was the nearest challenger to the Mercedes’s on the opening day of testing, just 0.06s off the pace of Bottas, although Lance Stroll was nearly a second off his teammate’s time. 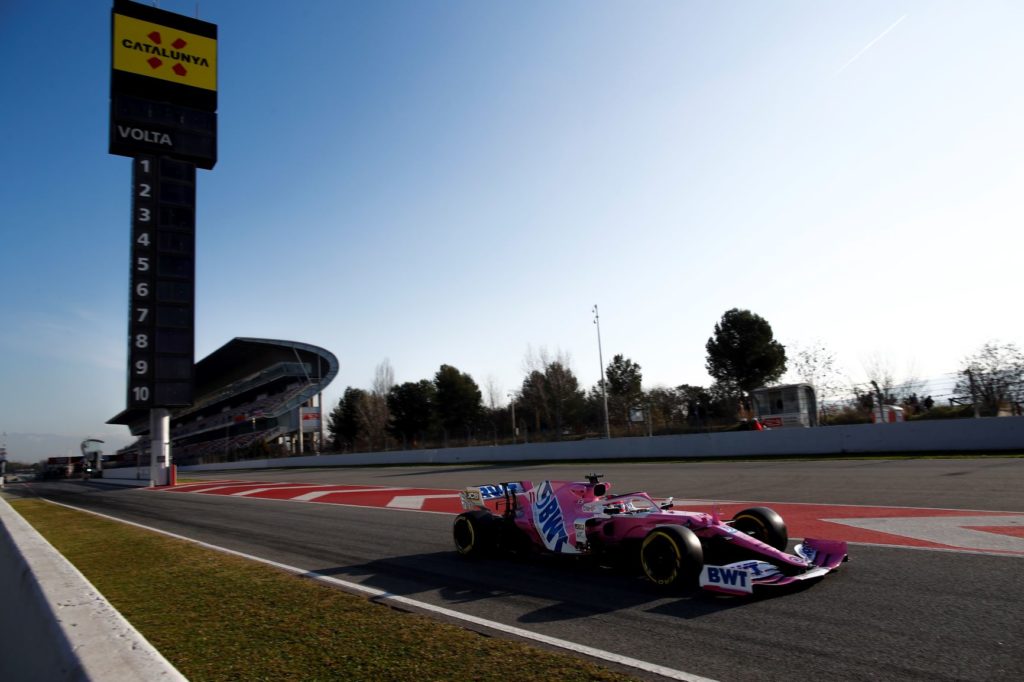 A filming day last week saw Kimi Raikkonen driving in a snakeskin-liveries Alfa, but today’s official launch saw the car back in its familiar red and white.

On track in Barcelona, it was test driver Robert Kubica putting in the opening laps before Antonio Giovinazzi jumped in later. The duo were towards the bottom of the timesheet, but completed almost 140 laps. 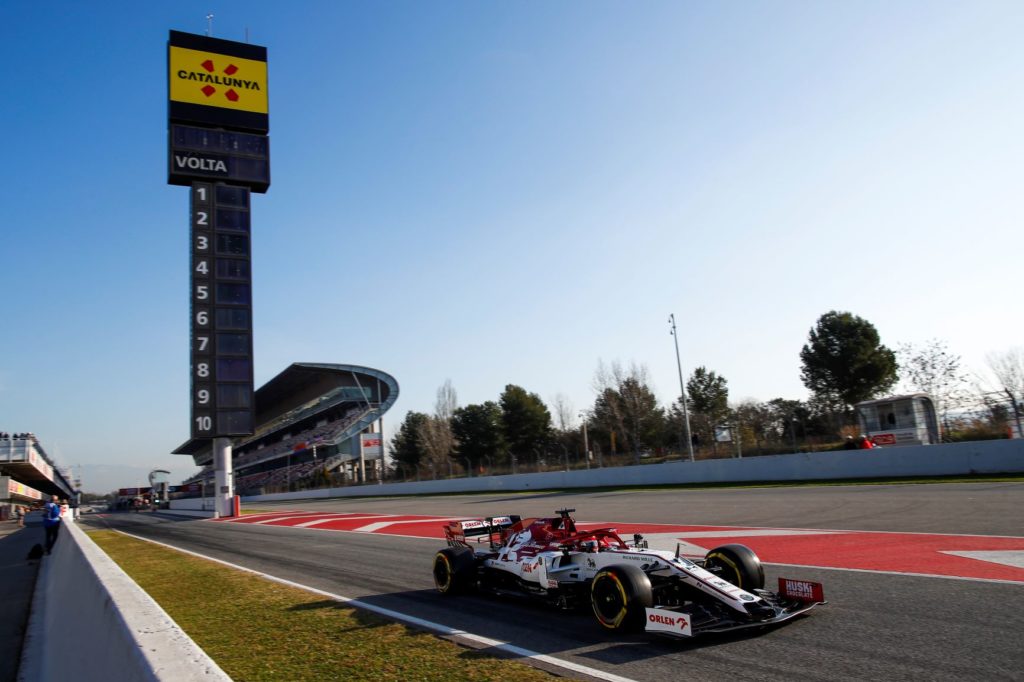 Haas were the first team to publish images of their 2020 car, doing so almost two weeks before the first day of testing, followed by a full car launch last week. After last year’s Rich Energy-sponsored black and gold livery, the American team is back in its old colours for this season. 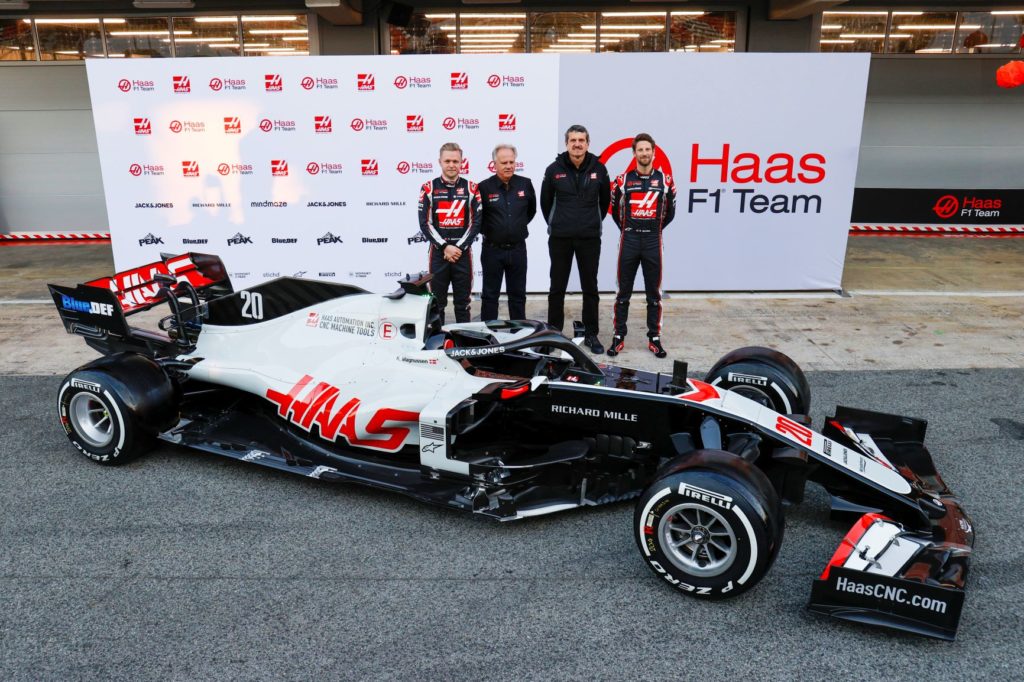 Kevin Magnussen was on test duty today, but was the second slowest car on the track, with only Giovinazzi slower than the Dane. 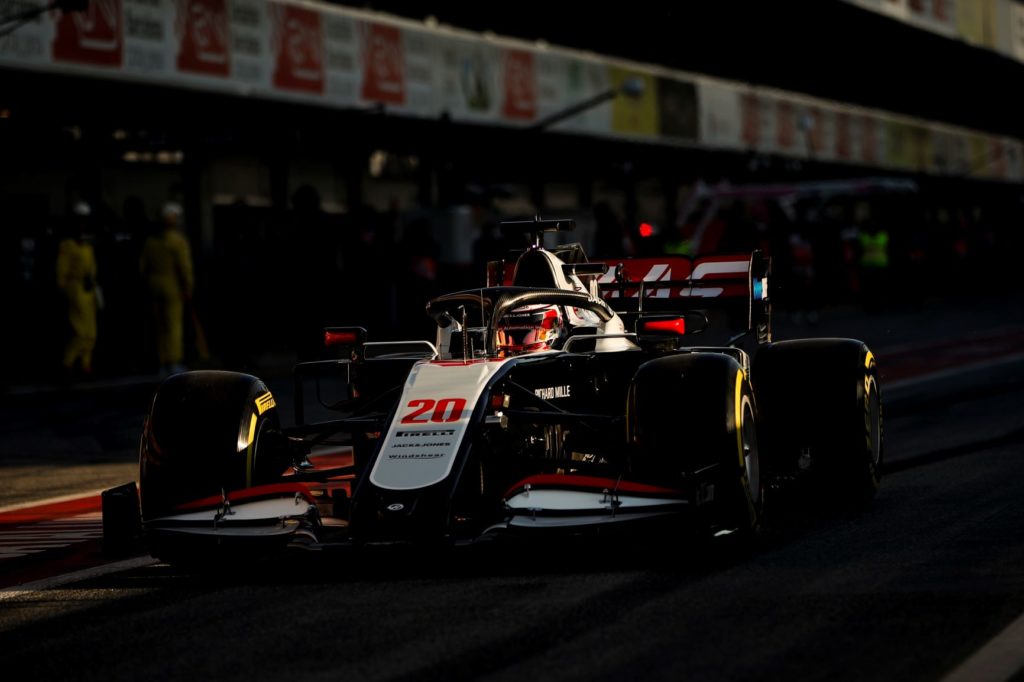 Like Haas and McLaren, Williams were in Barcelona early for a filming day at Circuit de Catalunya ahead of the start of pre-season testing. It’s a huge improvement on last year, when the team missed the entire first test as the car wasn’t ready. 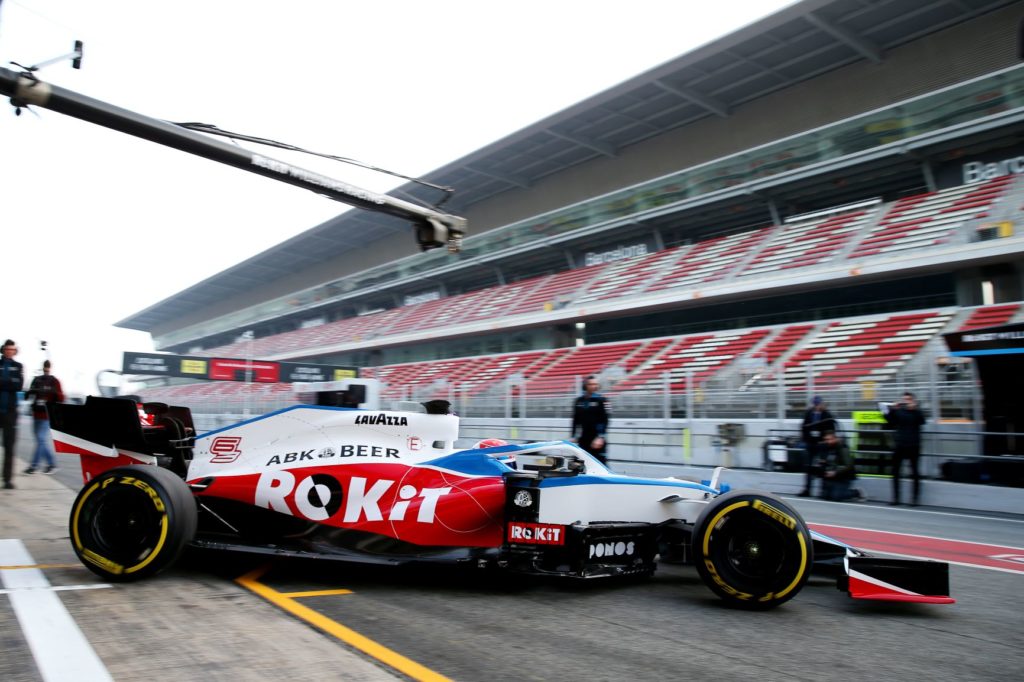 Last year’s blue and white livery is gone, with more red featuring on this year’s car. George Russell’s best time today was just behind the fastest lap from Ocon in the Renault, while Nicholas Latifi’s first action as an F1 driver left him 12th. 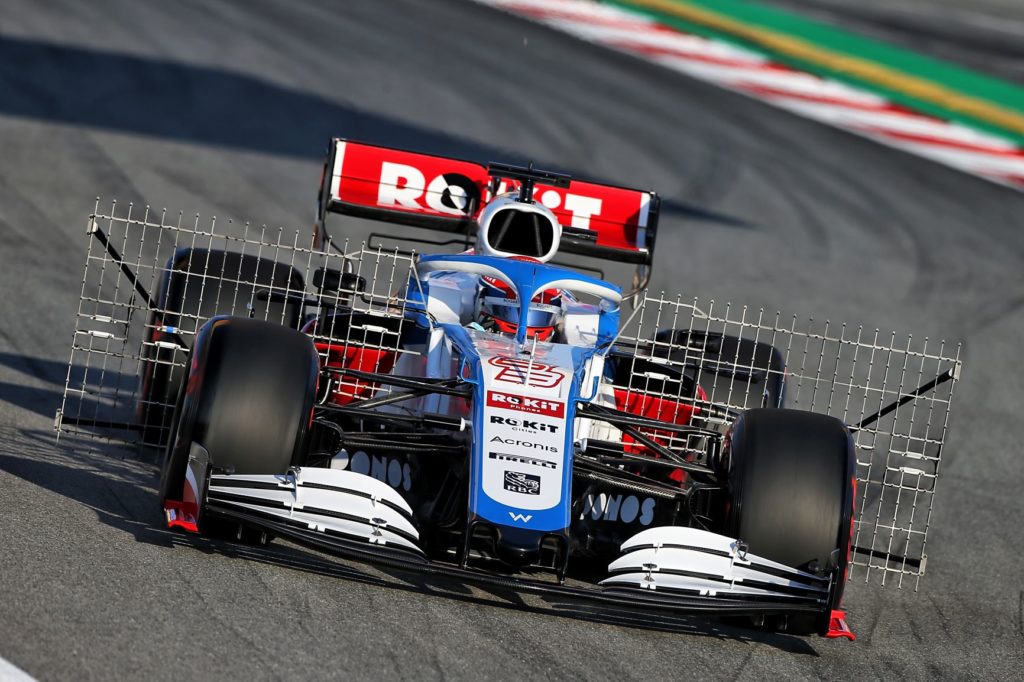 Let’s see how many of them look totally different at the second test next week!

The Spanish Grand Prix may have ended on Sunday, but teams remained at Circuit de Catalunya until this afternoon, having completed two days of testing in Barcelona this week. Most teams took advantage of the […]

Pirelli has announced it will be keeping the 2019-specification tyres for the 2020 Formula 1 season after analysis of the post-Abu Dhabi Grand Prix test. F1 tyre’s manufacturer, the FIA and F1 teams voted on […]

Spain will remain on the Formula 1 calendar in 2020 after the sport announced it’s reached an agreement with the Circuit de Barcelona-Catalunya. Following talks with the Government of Catalonia, Real Automovil Club de Catalunya […]