Mercedes and Ferrari will have fewer soft tyres than any other teams for next months Italian Grand Prix.

Both have selected just eight sets of Pirelli’s C4 compound for the race at Monza, with the majority of drivers opting for an additional set, while Max Verstappen and the Racing Point drivers will each have 10. 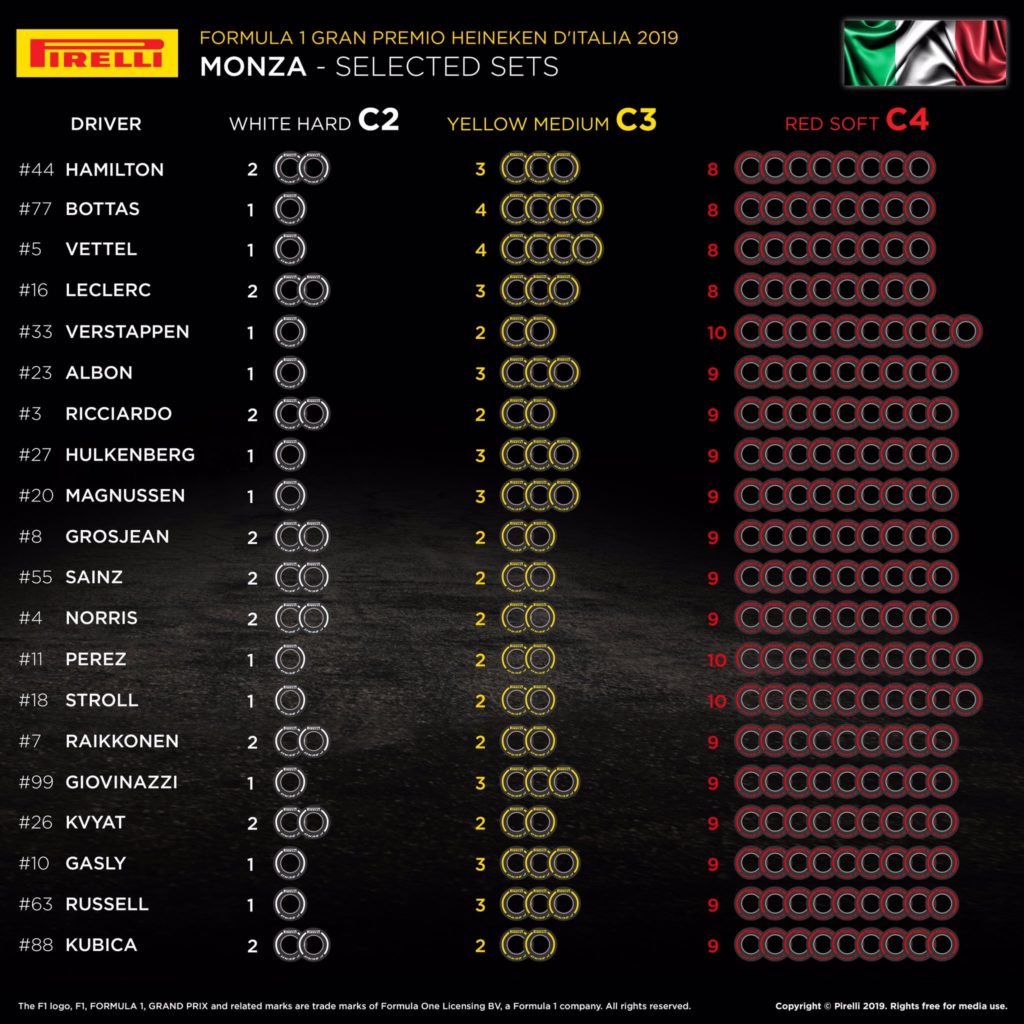 Valtteri Bottas and Sebastian Vettel each have four sets of mediums – the most on the grid, while their teammates each have an additional set of hards.

However, McLaren and Racing Point are the only two teams to give both drivers identical tyre selections, with the remaining eight splitting the strategies. Red Bull are the only team to vary the number of softs for their drivers.

Charles Leclerc became an instant Ferrari legend with his victory at the Italian Grand Prix, holding off the challenge of both Mercedes drivers to take his second win in as many races. The result gives […]

Formula 1 has confirmed Haas’s appeal against Romain Grosjean’s disqualification from the Italian Grand Prix won’t be heard until November. The hearing will take place at the FIA Court of Appeal in Paris on November […]

Kimi Raikkonen will start the Italian Grand Prix from pole position as Ferrari locked out the front row at Monza in front of the team’s home fans. The Finn set a new track record of […]