After a decade away from the sport, France is back on the Formula 1 calendar this weekend.

Circuit Paul Ricard at Le Castellet hosts the eighth round of the 2018 season – the first time F1 has been held at the track since 1990.

Ferrari’s Sebastian Vettel leads the drivers’ standings coming into this race, having secured his third win of the season at the Canadian Grand Prix last time out.

Usually we start our race previews with a recap of last year’s race, but that’s a little tricky for the French Grand Prix since the race hasn’t been on the calendar since 2008. Magny-Cours was the previous home of the F1 in France, taking over from Le Castellet for the 1991 season. 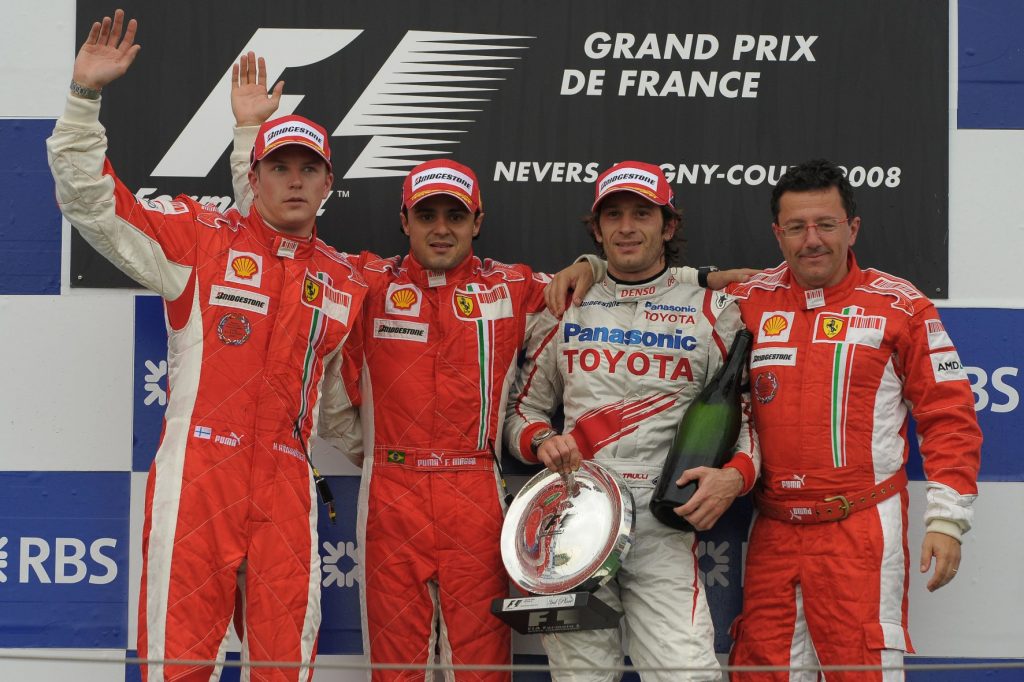 Last time there was a French Grand Prix, it ended in a third straight win for Ferrari, with Felipe Massa adding to the victories of Kimi Raikkonen and Michael Schumacher. None of the current F1 drivers have raced in F1 at Le Castellet, but Raikkonen and Fernando Alonso are both previous French Grand Prix winners.

Circuit Paul Ricard has been through a few different configurations over the years, but when F1 was last held on the full circuit in 1985, it was Nelson Piquet who took the win for Brabham.

As well as the race itself being new to the 2018 calendar, the track has undergone some work since it last featured in F1. Last time the full circuit was used in F1, it had 14 turns and was 5.809km long. Now the track is slightly longer at 5.842, largely due to the addition of a chicane on the Mistral Straight. Turns three, four and five have also been altered.

The inclusion of Le Castellet means F1 is heading into its first ever triple header, with three races taking place over the next three weekends.

Mercedes will be taking part in a race at Circuit Paul Ricard for the first time this weekend. When the company quit F1 in 1955, it was before the track had hosted the sport, while the manufacturers return as an engine supplier in 1993 was after the French Grand Prix had moved to Magny-Cours. More than half of the current field have raced at the track in other series, but Lewis Hamilton will be competing at the track for the first time.

Pirelli have gone with the ultrasoft, supersoft and soft tyres for this weekend’s race – one step down from the tyres used at the last two Grands Prix. 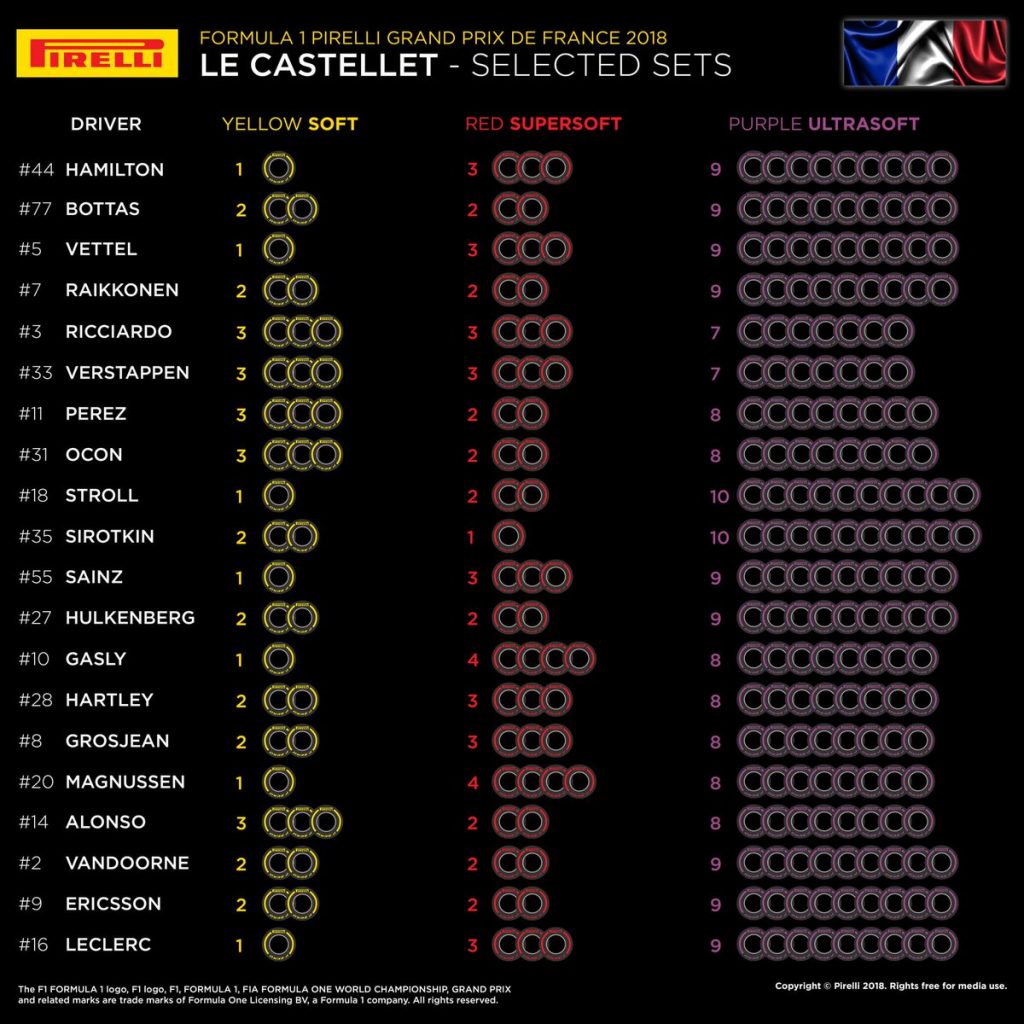 With Le Castellet being considered a power track, Red Bull appear to be concentrating on the race rather than qualifying, having elected to bring fewer sets of the ultrasoft tyre than any other team to Paul Ricard.

Many teams and drivers have taken part in testing for Pirelli at the circuit in recent years, but with this configuration of the track having not previously been used for F1, and a recent resurfacing to factor in, there’s plenty of variety throughout the pitlane as it’s not known which tyre strategy will be the best for this track.

It doesn’t look like the drivers will need to worry about using the wet or intermediate tyres this weekend, with bright conditions forecast throughout the weekend.

It’s expected to be a scorching 31°C at the track for FP1 and FP2, remaining around 27°C for qualifying on Saturday. The temperature is expected to remain around 26°C for the race on Sunday, but it will be slightly overcast.

Although it will be dry and hot, it’s also likely to be quite breezy at the track, with gusts reaching 25-30mph each day.

It’s a difficult race to predict with no recent history at the track to look at, but expect plenty for the home fans to cheer. With three drivers on the grid, France has more current F1 drivers than any other country. Pierre Gasly, Esteban Ocon and Romain Grosjean have all raced at Le Castellet is other series, but it will be the first time the trio have had a home race in F1. The track is also less than 200km from Monaco, meaning there’s also likely to be strong support for Charles Leclerc. 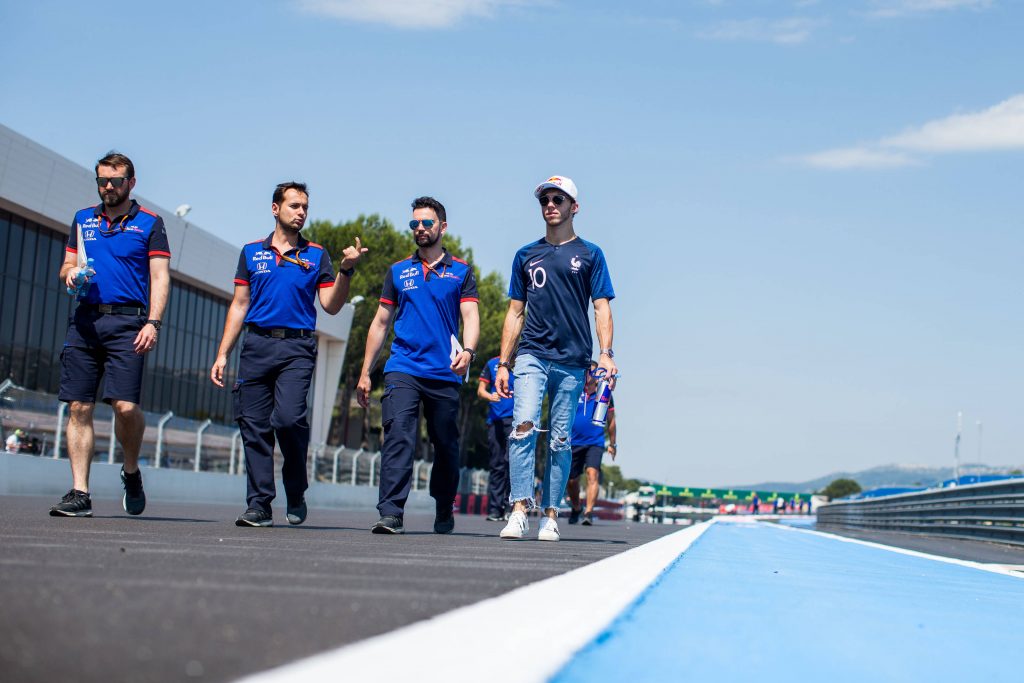 Although the track has large runoff areas, drivers will be desperate the keep their cars on the track this weekend. The circuit has been resurfaced ahead of its return to F1, giving it a smooth, grippy surface which is expected to be similar to the new asphalt at Circuit de Catalunya. However, the surface in the runoffs is made of a mix of tungsten and asphalt, making is more abrasive than the track itself.

Honda have a strong history at Paul Ricard, having won four of the last five races at the track as the engine supplier to McLaren and Williams, albeit on the short circuit. It’s a stretch to imagine Honda will be in contention with Toro Rosso this weekend, but the manufacturer did bring an upgraded power unit to the last race in Canada which appeared to improve performance With Gasly hit with a grid penalty in Montreal and Brendon Hartley wiped out in a first-lap crash, the team will be hoping to see the full impact of their upgraded power unit this time out.

Ferrari are the dominant team in France, with 17 wins in total, including the last three at Magny-Cours and six of the last eight. Michael Schumacher has more French Grand Prix wins than any other driver, having been victorious in France eight times.

Whoever sets the fastest lap in the race will be the lap record holder as this is the first time this version of the track has been used. The current long circuit lap record holder is Keke Rosberg, who posted a time of 1:39.914 in Williams’ FW10 in 1985. Since then, the longest straight on the track has gained a chicane and the lap is slightly longer.

Listen to this week’s podcast to hear what the 3 Legs 4 Wheels team think about the return of the French Grand Prix, and read our podium predictions. You can also join us for live blogs during qualifying and on race day, and tell us what you think about the race through Twitter and Facebook.

Lewis Hamilton avoided a number of first-lap incidents at the French Grand Prix to secure victory at Circuit Paul Ricard this afternoon. The safety car was out during the first lap as a number of […]

Max Verstappen made the most of fresher tyres to pull of a late overtake on Lewis Hamilton at the French Grand Prix, taking victory and extending his lead at the top of the drivers’ championship. […]

Hamilton cruises to win in France

Lewis Hamilton secured a comfortable win at the French Grand Prix to extend his lead over teammate Valtteri Bottas in the drivers’ championship. The Finn came in second, with Ferrari’s Charles Leclerc completed the podium […]