After this weekend, the 2019 Formula 1 season will be a third complete, as Circuit Gilles Villeneuve hosts the seventh race of the campaign.

The track is a favourite of reigning champion Lewis Hamilton, who has six previous victories in Canada, including his first win in F1 back in 2007.

This is a race that can throw up a surprise winner though, with a quarter of the 2019 grid having previously won in Montreal.

3Legs4Wheels looks ahead to the race:

It was a fairly straight-forward victory for pole sitter Sebastian Vettel, with the top three finishing in the same order they started in – Valtteri Bottas and Max Verstappen joined the German on the podium. 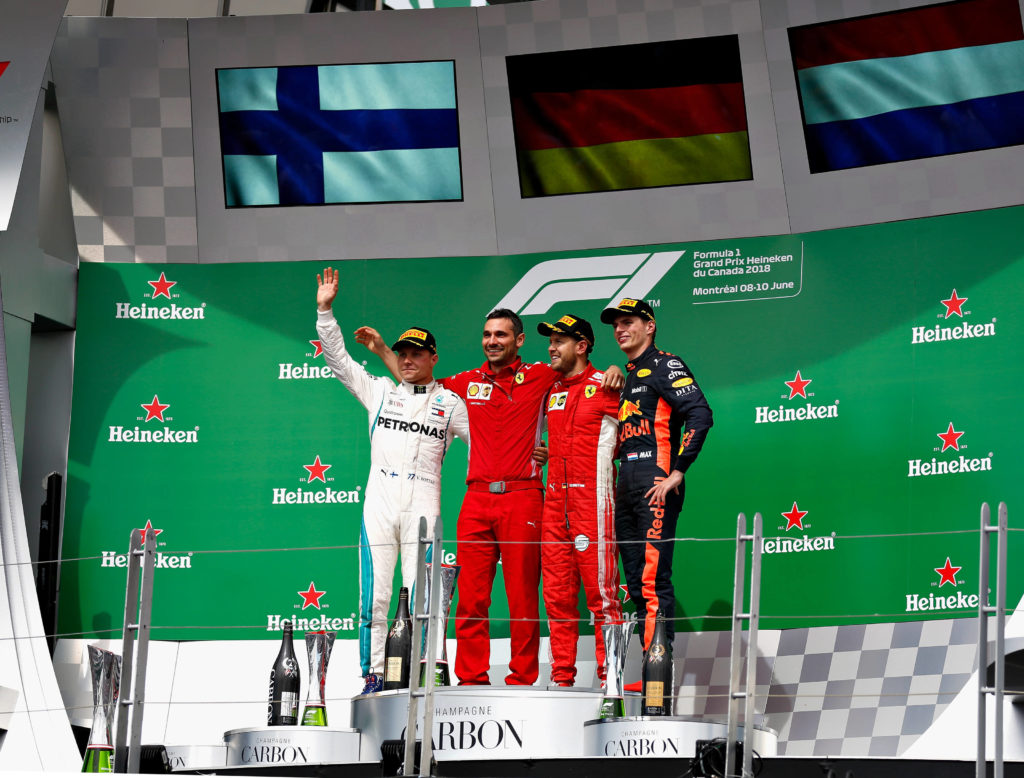 There was early disappointment for the home fans as Lance Stroll was out on the opening lap of the race following a heavy crash with Toro Rosso’s Brendon Hartley.

Daniel Ricciardo stayed out longer than the frontrunners before coming into the pits, and made the overcut work to get past Lewis Hamilton.

The Australian was catching his teammate as he pushed hard over the final few laps, but was denied the chance to close the gap further when the race was bizarrely cut short due to a mistake with the chequered flag, which was waved by model Winnie Harlow. She was handed the flag by an official early, waving it on lap 69 meaning the race had to be called at the end of lap 68.

Fernando Alonso was the only other driver to retire from the race, suffering an exhaust problem just over half way through proceedings.

As #F1 race locations go, this place is pretty special! How would you describe @F1GPCanada in one word?

Perhaps the most famous, of even infamous, part of this track is the ‘Wall of Champions’. The wall on the outside of turn 14 has caught out many a driver trying to carry too much speed through turn 13, but earned its illustrious nickname during the 1999 race when three former world champions – Michael Schumacher, Damon Hill and Jacques Villeneuve – all collided with the hazard.

While the track itself is pretty much unchanged from last year, there is one major change at the circuit for 2019 – the pit building. Just a couple of weeks after last year’s Canadian Grand Prix, demolition work got underway. Work on the new pit complex did fall behind over the winter due to early snowfall, but F1 signed off on the new structure last month, with Chase Carey describing it as “spectacular”.

For the second race in a row, Pirelli has provided its three softest compounds for the teams, having handed the C5 tyre its debut in Monaco last time out.

The top three teams have all gone with slightly different selected sets. Mercedes are the only frontrunners to split their drivers, giving Bottas an extra set of hards and fewer mediums compared to Hamilton, while both have more softs than the Red Bull and Ferrari duos. 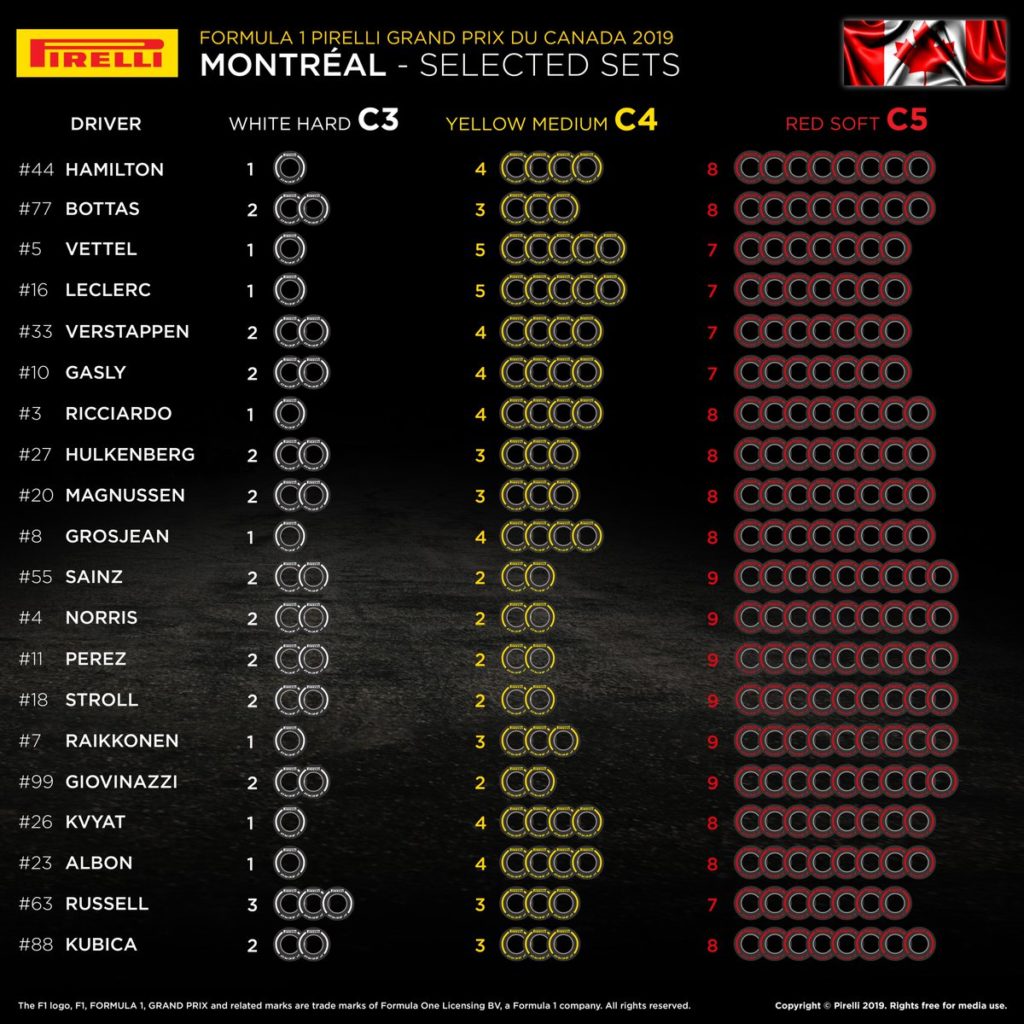 It’s perhaps a surprise to see Red Bull not have more sets of softs, as Ricciardo used the softest option at last year’s race to gain two places, while Verstappen also made the hypersofts work, while most other drivers started the race on ultrasofts – the middle option in use last year.

All the drivers who scored points during last year’s race needed just one pitstop. Some came in early, within the opening 20 laps of the race, while others made their qualifying tyres do around half race distance before switching onto newer rubber. With little change to the order from the starting grid, it’s difficult to judge which worked better.

Canada’s been an eventful race over the years. We’ve already mentioned the Wall of Champions race in 1999, but few moments seem more apt for this year’s Canadian Grand Prix than Robert Kubica’s huge smash in 2007.

The Polish driver hit the rear of Jarno Trulli’s car, launching it into the air and into a concrete wall at the side of the track. Three wheels, the front wing and other parts became detatched before the BMW Sauber bounced back across the track in front of other drivers, rolling upside-down before it came to rest against a barrier opposite.

Perhaps most shockingly given the state of the car after the crash, Kubica suffered relatively minor injuries. A sprained ankle and concussion meant he missed the next race in the USA, with reserve driver Sebastian Vettel making his F1 debut in Kubica’s place, prior to joining Toro Rosso later in the season.

Kubica levelled the score with Circuit Gilles Villeneuve the following year though, securing his only win to date on his return to Canada in 2008. Canada is only the venue of Kubica’s only fastest lap, something he managed in 2010, which was his last outing at this track.

Since 2007, Hamilton and Vettel have secured all but one pole position in Canada, with Nico Rosberg in 2014 the only other driver to top the qualifying times since then. Hamilton has a chance to equal Michael Schumacher’s record of seven wins in Canada this weekend and extend his lead in the drivers championship, while Vettel will be aiming for Ferrari’s first win of the season. It’s a big weekend for both drivers.

Don’t rule out a surprise winner though, as eight different drivers have won the last 15 runnings at Circuit Gilles Villneuve. Valtteri Bottas has been the best driver in qualifying this year, starting at the front of the pack in three of the six races so far. For the last four years, the Canadian Grand Prix winner has started the race on pole position, which bodes well for the Finn. This is a track he enjoys too, having finished on the podium every year since 2015. 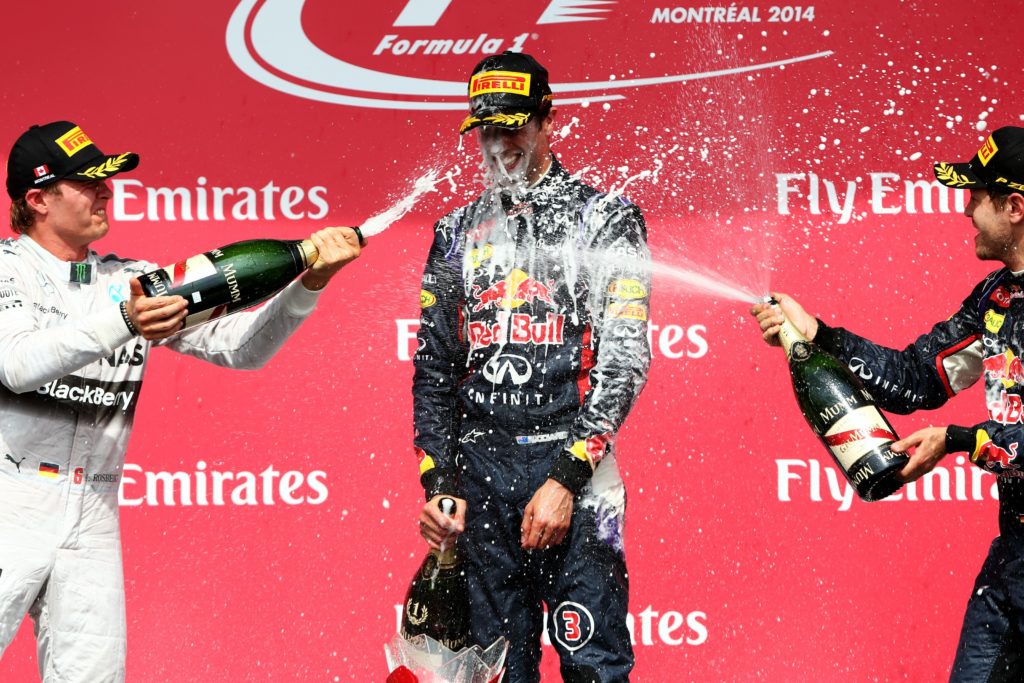 Renault may have struggled so far this year, but both of their drivers seem to go well in Canada. Ricciardo is a former race winner, as was on the podium again in 2017, while Nico Hulkenberg has been in the top eight every year since 2014.

Mercedes have been the dominant team so far this year, but their customer teams could also benefit at this track. Power unit is key at Montreal, and Mercedes are expected to bring an engine upgrade to this race. For Racing Point, this could mean they’ll be challenging for the best of the rest, while any boost for Williams will surely be welcomed by the team.

Toro Rosso will be another team to watch in the midfield battle. Red Bull’s sister team have scored points at all but one race so far this season, and had their first double points finish of the team in Monaco last year out, including Daniil Kvyat’s highest ever finish for the team. By contrast, Alfa Romeo are without points from their last two races, and Antonio Giovinazzi is the only non-Williams driver still looking for his first top 10 finish of the campaign.

If you haven’t already, listen to this week’s podcast to hear more of our thoughts ahead of this weekend’s race, and see who we think could be on the podium on Sunday. There’s still time to enter our predictions league, and join us during qualifying and the race for our live blogs. You can get in touch throughout the weekend through Twitter or Facebook.

Verstappen holds off Sainz pressure to win in Canada

Max Verstappen has extended his lead at the top of the drivers’ championship after holding off late pressure from Carlos Sainz to take victory at the Canadian Grand Prix. The Red Bull man had to […]

Join Chris & Paul from the podcast for live and up to date commentary on the Canadian Grand Prix. Lewis Hamilton goes into the race on pole position after a dominant win in Moncao and […]