After the controversial result of the Canadian Grand Prix Ferrari requested a review of the FIA Steward’s decision to impose a 5 second penalty on Sebastian Vettel which gave Lewis Hamilton the victory.

The first stage of the review was held today in Le Castellet between practice sessions for the French Grand Prix, where the FIA stewards found that there was no significant new evidence to suggest that the penalty needed to be addressed.

The full statement is below: 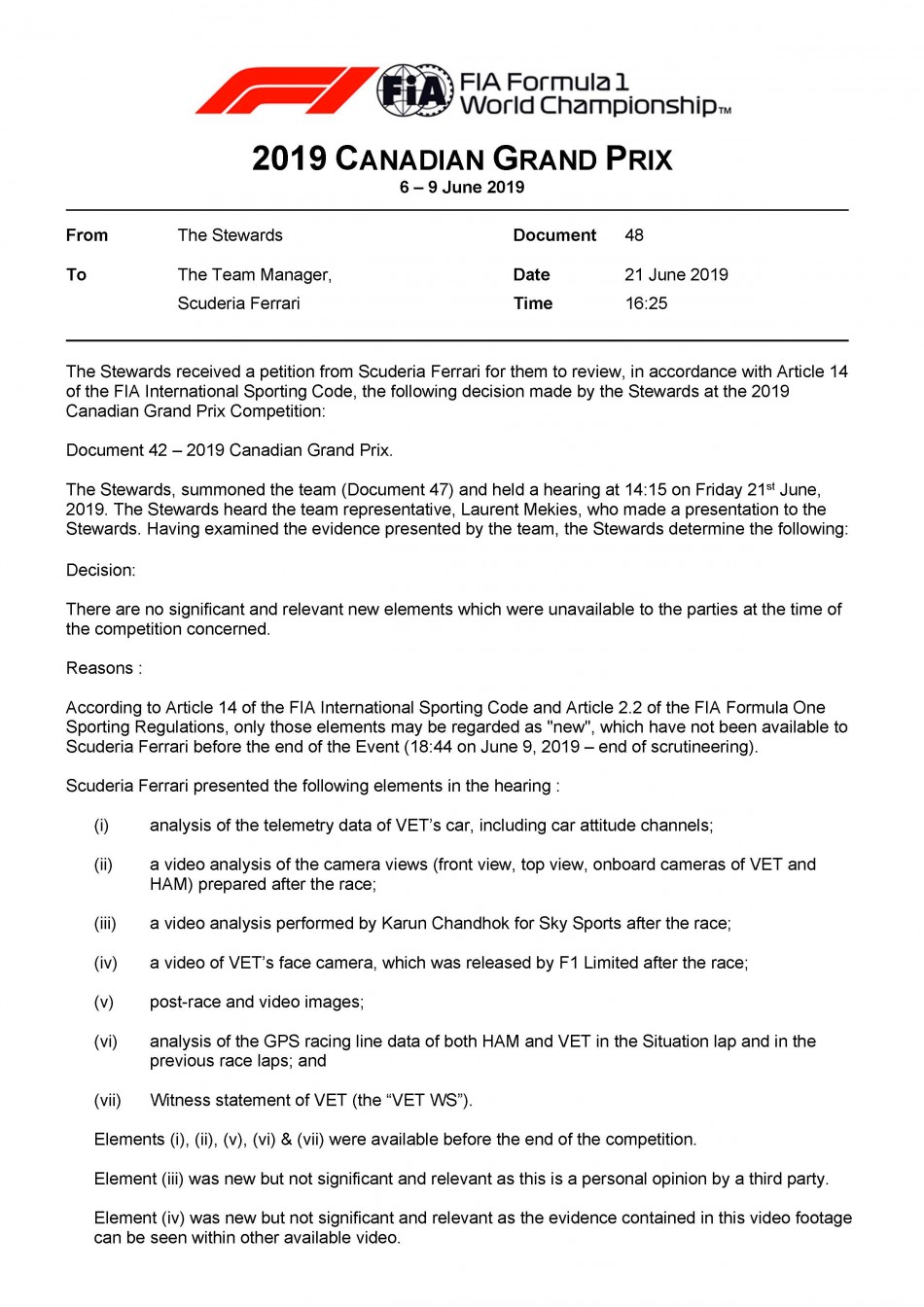 Formula 1 will consider introducing an automated chequered flag system after a mistake at the Canadian Grand Prix cut last weekend’s race short. Model Winnie Harlow was tasked with waving the flag to end the […]

Sebastian Vettel secured his third race win of the 2018 Formula 1 season at the Canadian Grand Prix this weekend. It was a straight-forward victory for the Ferrari driver, who led from start to finish […]

Sebastian Vettel broke the track record in qualifying at Circuit Gilles Villeneuve to put his Ferrari on pole position for tomorrow’s Canadian Grand Prix. Valtteri Bottas was the first driver to complete a sub 1:11 […]